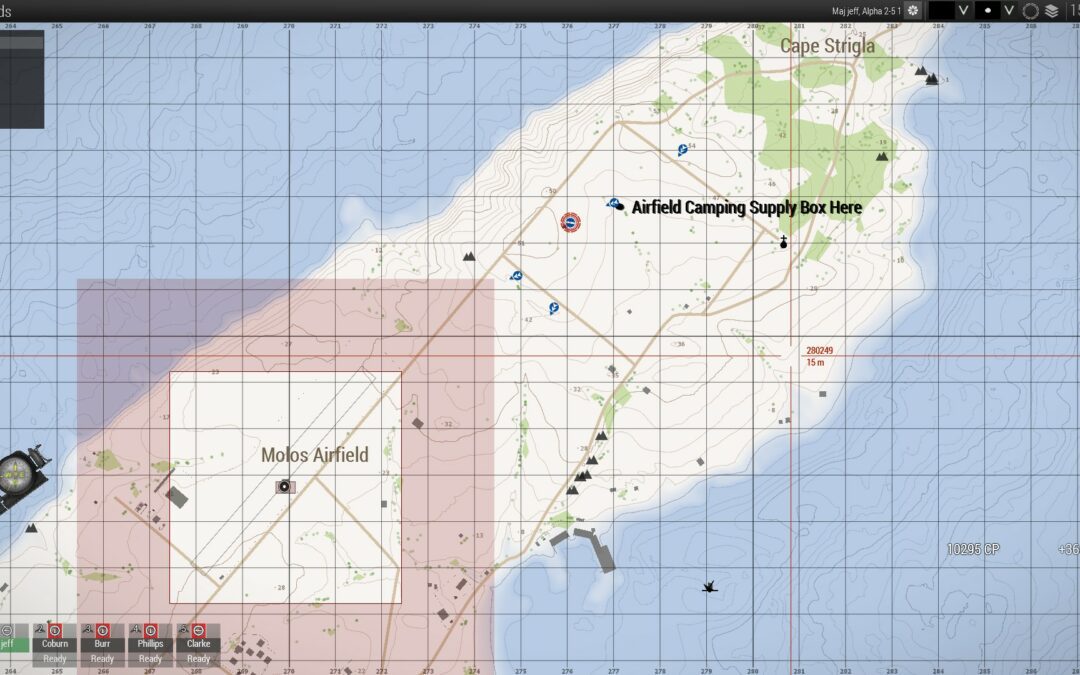 Shooting down aircraft is an excellent way to slow down OPFOR and Molos Airfield is the best place to do it. And, denying enemy air power brings greater speed and efficiency to your team as armor and air power become viable options again.

Is Camping Molos Airfield Worth It?

OPFOR is generally made up of more experienced players. As a result the team can be more effective with less CP generation and has more players that are strong pilots. By shooting down expensive airplanes, helicopters, and players headed out in special operations BLUFOR gains a significant advantage.

Here’s what you can expect:

The best locations for positioning an anti-air campaign against molos are:

North Of The Airfield

South Of The Airfield

Southeast Of The Airfield

The best way to get to Molos Airfield for SpecOps is to take a helicopter. I prefer to pull in a larger helicopter so that I can take my AI squad and sling load a large box with resupply gear.

From the northern airfield I head to the north end of the map.

There are three good options, in my experience:

If I think it is risky to get to the airfield alive I’ll go solo in my personal gear. If I’m confident I can get a box in to position then I’ll take the time to do #3.

Generally if I’m going with #3 I ask my teammates with attack helicopters or jets to do a pass over Molos Airfield just as I start moving in to drop the box. This provides a distraction and reveals any significant AA setup before I move in. Remember the most important thing is to get there and stay alive.

Experienced players will get armor and drive toward where they believe your squad to be to take them out. The most important thing to do in a counterattack is keep yourself alive. If you can recognize the counterattack early enough you can keep your team safe too, lay low for a while, and redeploy.

If you want to aggressively counterattack, be prepared with AT and a sniper rifle to wipe out the player several times… because they will keep coming. Have an escape plan if the counterattack is too strong.